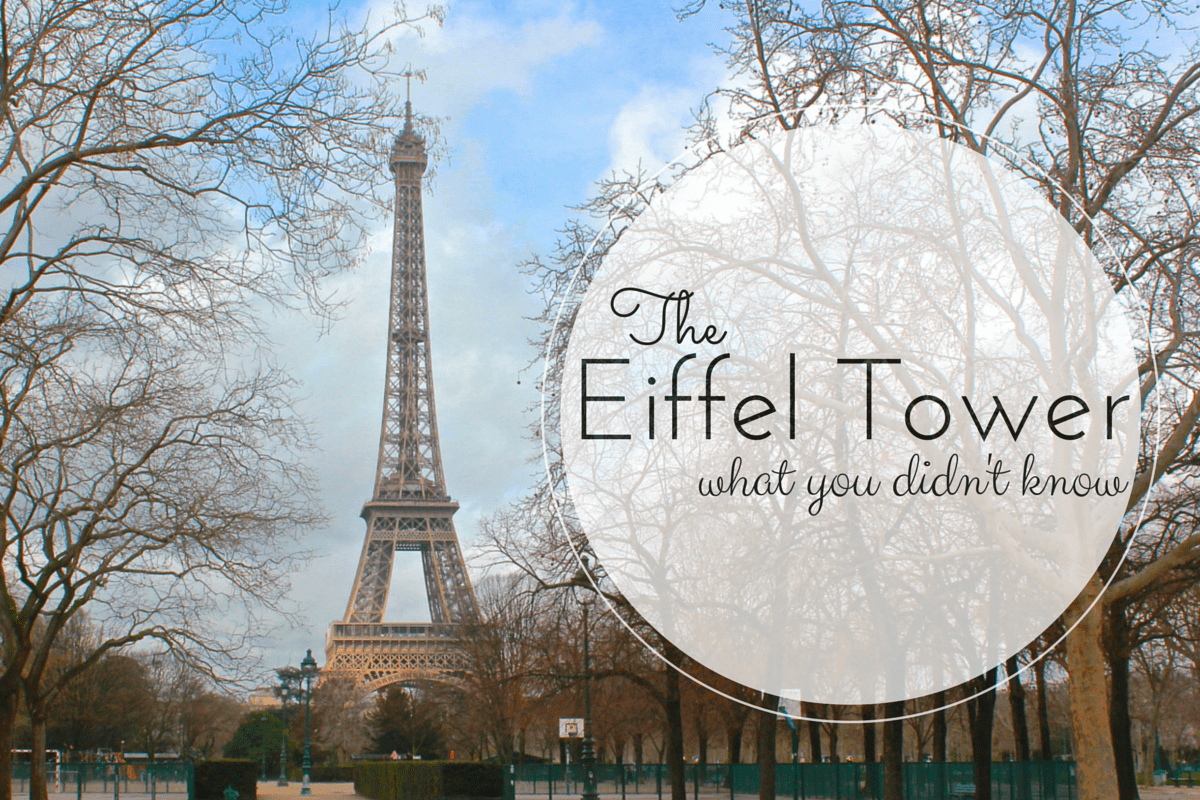 The Eiffel Tower- What you didn’t know

March 3, 201534 comments
Share this article
PinterestFacebookTwitterEmailLinkedInWhatsApp
Affiliate links and ads may be sprinkled throughout the free content you see below. If you purchase from one of these links I may receive a small commission, at no extra cost to you, but helping me cover the costs of Lauren on Location. Please see my full disclosure policy. 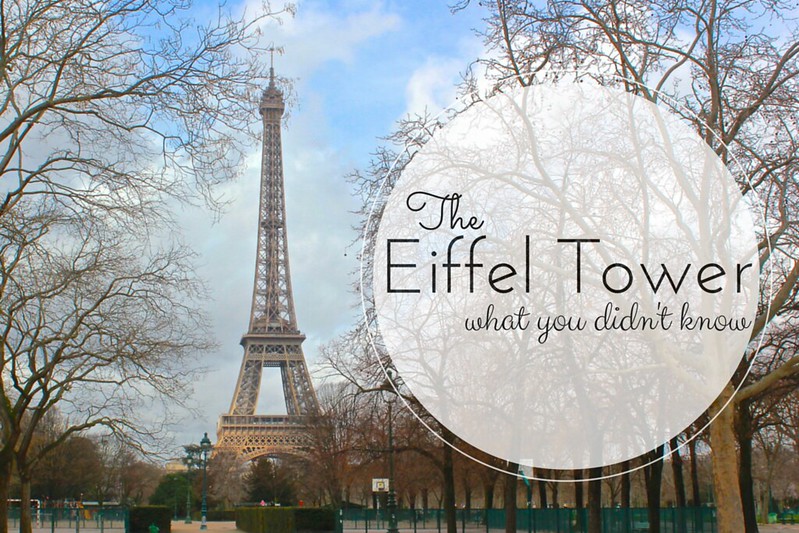 City of lights, hopeless romantics, sophistication and beauty. Home to the Louvre, the Notre Dame, the Champs-Élysées, the Musée d’Orsay, and, of course…. that big pointy metal tower that dominates every Parisian skyline.

“I ought to be jealous of the tower. She is more famous than I am.”
― Gustave Eiffel

This week I am participating in Travel Tuesday’s themed prompt- ‘Local legends’ | The urban myths and stories you have come upon while traveling, in your expat life, or ones from your hometown.

When reading this month’s theme, I couldn’t help but think back to last year’s trip to Paris.

Paris is home to so so many of the world’s most famed tourist attractions. Still, the one that’s bound to stand out in everyone’s mind, the most visited paid monument in the world, the icon that has become a symbol of Paris itself, is of course- the Eiffel Tower.

We all recognize this magnificent structure and many of us have even developed feelings toward this pointed iron lattice, but there is much more to the Eiffel Tower than meets the eye.

Thanks to a few quirky tour guides and a little fact-checking, I’ve uncovered some of the true stories behind our beloved tower! Thankfully, this Travel Tuesday theme has made it the perfect time to finally share!

I’m sorry ahead of time if these stories ruin anyone’s picture perfect image of Parí. Hey- if you’re nervous, turn back now. I won’t hold it against you 😀 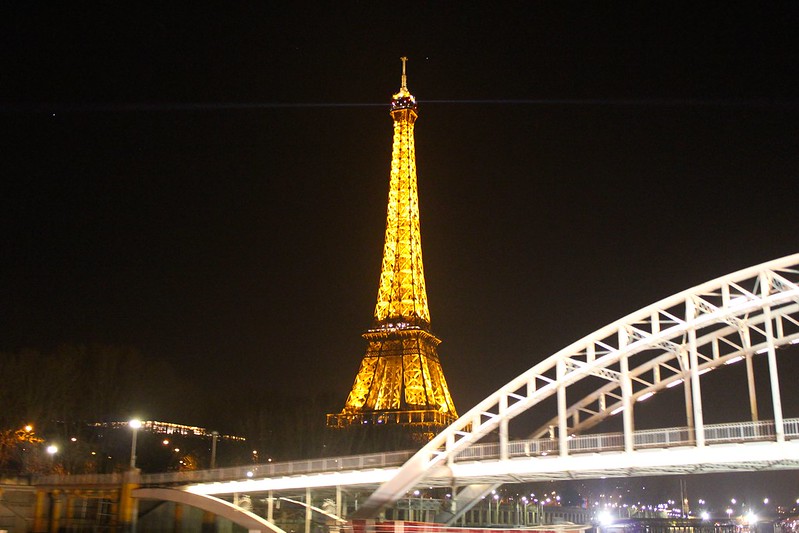 Without further ado, here’s what you didn’t know about the Eiffel Tower:

The Eiffel Tower was never meant to stand today.

Originally the Eiffel Tower was intended to be a temporary structure. The monument was constructed during the 1880’s for the World’s Fair and to mark the 100th anniversary of the French Revolution. The point was to briefly showcase modern French engineering and dismantle the “gigantic eyesore” (just telling you what I heard) after only 20 years. Even after the tower attracted significant attention (and profits) from millions of visitors around the world, the city and many protestors vied to destroy it. So, why did they end up keeping it you may ask? In the end, the city of Paris decided to allow the tower to stand, not for its fame or for its fortune, but for its communication value as a radio tower.

The Eiffel Tower faced the guillotine.

Around 700 monument designs were submitted in the contest to represent Paris in the World Fair. At the time, this monument was to be the tallest manmade structure in the world, surpassing the Lincoln Monument (kind of a big deal). Among the eclectic designs submitted were a lighthouse, an enormous sprinkler and a gigantic guillotine. Luckily for us, Gustave Eiffel’s tower was unanimously selected in the decision!

The tower was originally red.

Over the years, the Eiffel tower has taken on the role of a sort of chameleon. When the tower was first erected in the 1880’s, it was painted a shade of red! Since then, it has changed colors over 18 times from reds to browns and even spent some time in shades of yellow. On the first floor of the tower you can find a palette of the changing tower colors. Currently, the tower is three different shades of the official “Eiffel Tower Bronze” and is courageously repainted completely by hand every 7 years. I don’t know about you, but you couldn’t pay me enough to hang off the Eiffel Tower with a paintbrush…

Alexandre Gustave Eiffel did not design the Eiffel tower.

Although most people give full credit to Alexandre Gustave Eiffel for the existence of our treasured tower, the truth is he had some help; actually, quite a bit. Sure the tower bears his name, but brace yourself, Gustave Eiffel did not design it. Instead, he bought the designs from two engineers that worked for his company, Maurice Koechlin and Émile Nouguier. Gustave Eiffel then submitted these designs, after making a few minor changes, to the Exposition Universelle (the peeps running the contest) under his name.

The Eiffel Tower is married.

Not according to Erika La Tour Eiffel. The American woman, formerly known as Erika LaBrie, tied the knot with the tower back in 2007. Erika’s unique relationship with the tower is due to a condition called Objectophilia or simply put- an object fetish. In fact, the Eiffel Tower is not her first relationship with a prestigious monument. She also claims to have had relations with the Berlin Wall. Now happily married as Erica La Tour Eiffel, she visits the tower as often as she can.

Sorry folks, but if you had hopes of traveling to the City of Lights and falling head over heels for the infamous Eiffel Tower, think again. The tower is taken.

By the way—if you were hoping to seal the deal on eternal love with a love-lock….

You know all those couples visiting Paris, that pledge their long-lasting love by placing a symbolic ‘lock’ on the Pont des Arts bridge? Well, these couples may not realize that if they returned, even just one year later, hoping to find their lock and reliving this glorious experience, their symbol of love would no longer remain. According to one of my tour guides, and several online sources, the iconic Pont des Arts Bridge is actually suffering gravely under the weight of these heaps of padlocks. The locks have created such a difference in weight that they are actually considered a health risk to pedestrians. Because of this, the locks are now removed from the grates every 6 months in hopes to keep the bridge intact, only to soon be replaced by hundreds more. 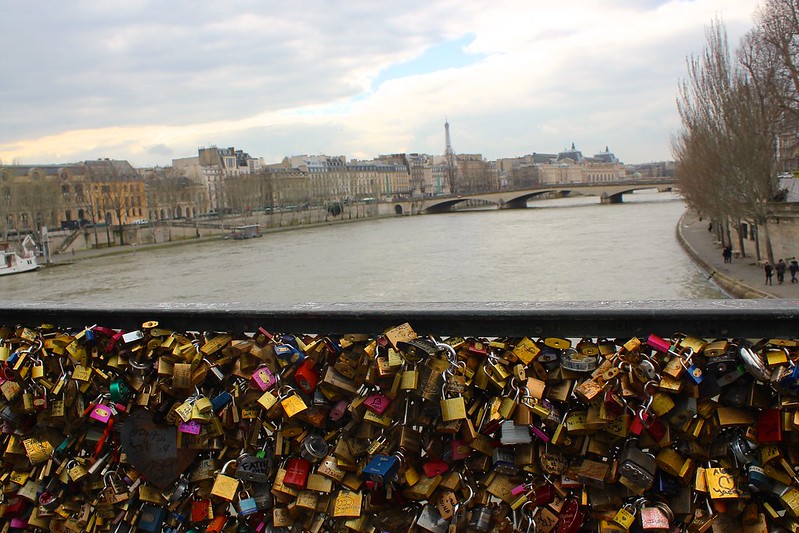 Did you already know any of these facts?

What strange or surprising stories have you heard during your travels?

Linkin’ up for Travel Tuesday’s themed prompt today!! Click on over for more stories, myths and legends!

Where to find Street Art in Valparaíso

When you Miss your Best Friend | Maintain Long-Distance Friendships